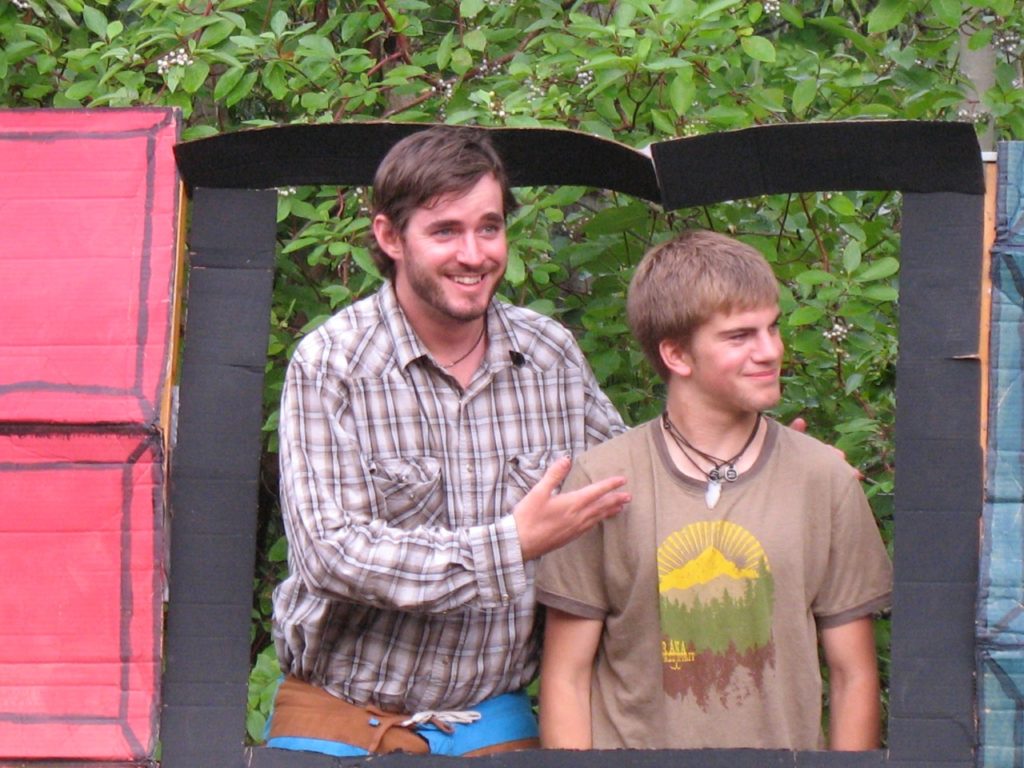 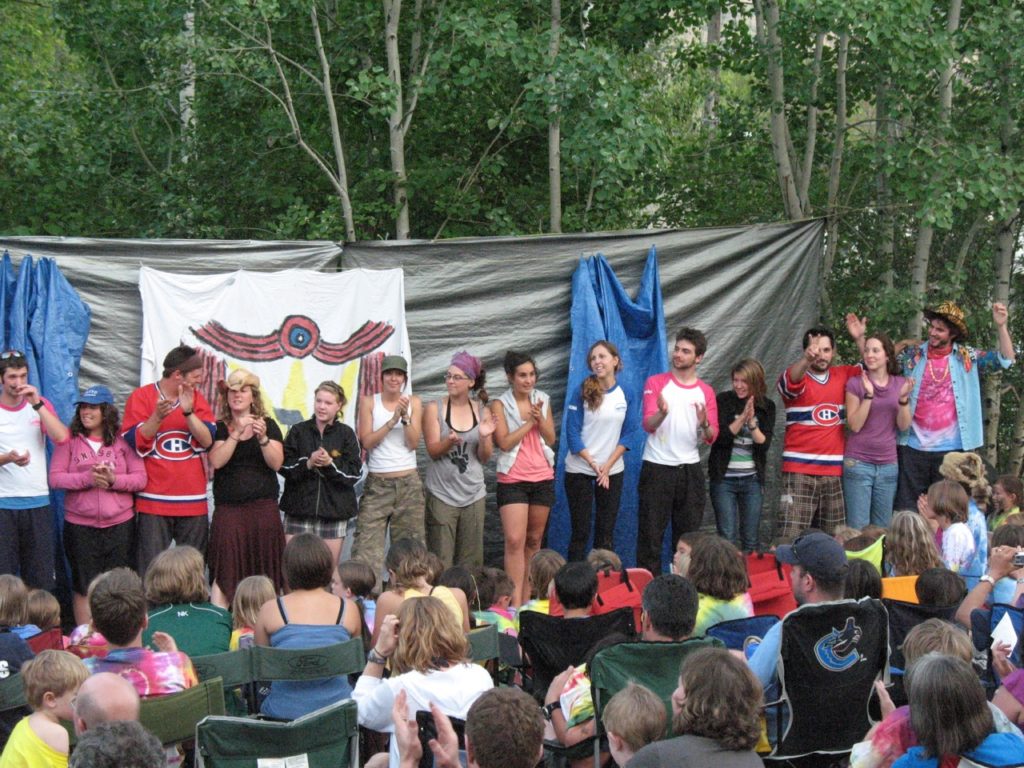 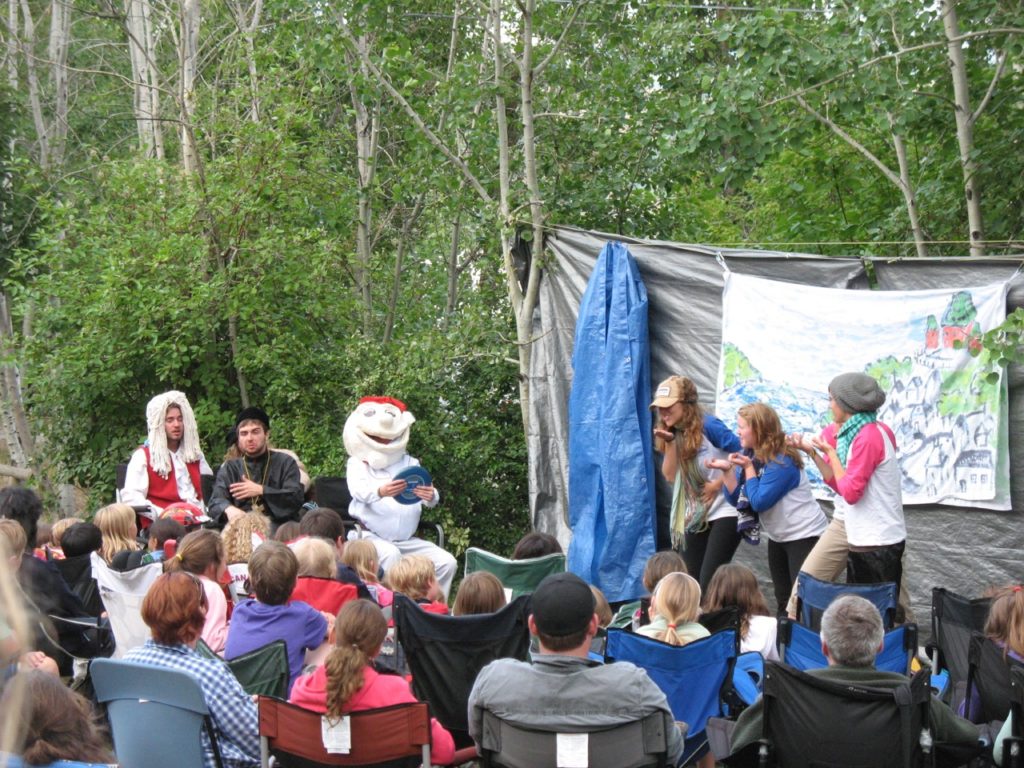 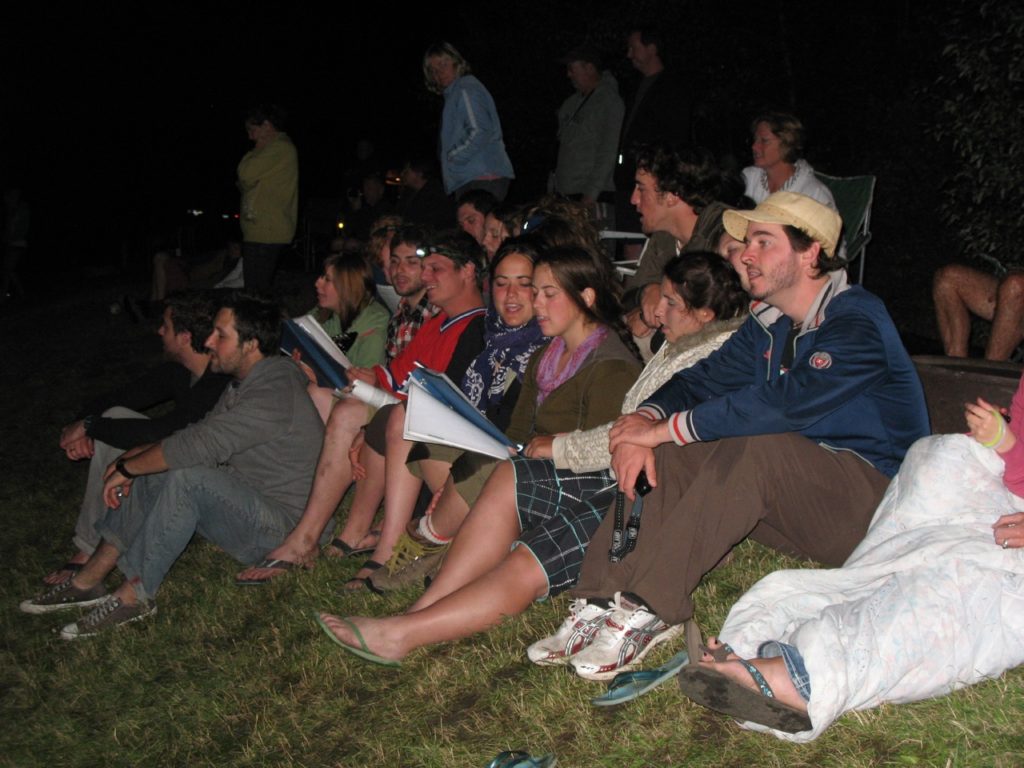 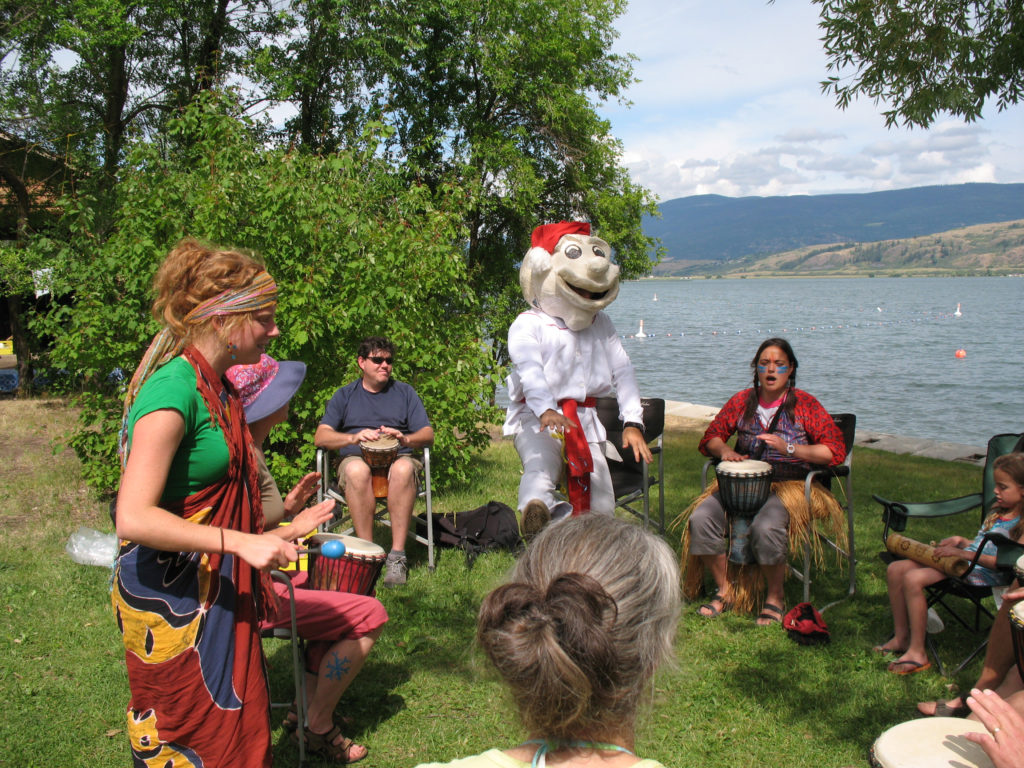 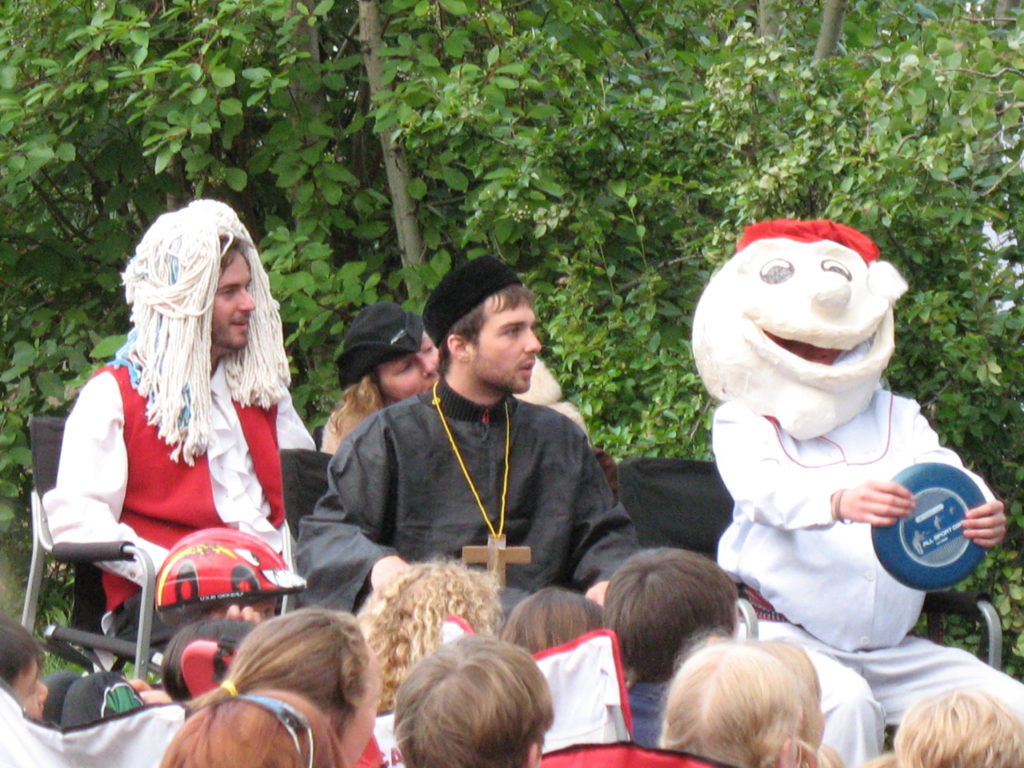 Our illustrious past program director, Nachos!, has prepared a wonderful resource on French Canadian culture. Here you will find information of interest to all age groups to help you stay connected to the French Canadian culture all year long. (Please note: This list was assembled nearly 10 years ago…some of the links need re-linking, stay tuned for updates and new recommendations from recent Program Directors!) Nachos writes…

Here are a couple of personal recommendations that are meant to allow you to keep learning about francophone culture through different forms of art. Trying to select the best of Francophone music, movies and books is almost impossible. There are so many great creators and creations. So here are some lists of personal recommendations. I hope this webpage will help you discover more about francophone culture in Canada… To get a general idea of the Quebec culture, a glance at this article can help you: http://en.wikipedia.org/wiki/Culture_of_Quebec.

Francophone music has much more to offer than just Celine Dion. We want to allow you to enjoy and relax to the sound of some great music. You can check on sites like “Youtube” to get an idea of what the suggested music sounds like, but remember that the francophone music market is really limited and most of these artists do not make millions like Madonna, so it is important to make sure that they can keep having enough funds to do their music. Please purchase their music and avoid the easy option of downloading for free on the Internet. All the major music stores have a francophone section and are able to order albums from Quebec. Online purchasing is also easy with music stores like Archambault (www.archambault.ca). You can also purchase online through the websites of the artists themselves. Radio-Canada’s website is a rich resource for music: www.radio-canada.ca/musique. The francophone version of “Much music” has a bit of musical information as well, mostly for youth: www.musiqueplus.com. The site of “Quebec info musique” is a real jewel to know everything about Quebec music and the artists: www.qim.com. Wikipedia has really interesting pages on Quebec music and it’s artists: http://en.wikipedia.org/wiki/List_of_Quebec_musicians,http://en.wikipedia.org/wiki/Music_of_Quebec.

For the whole family

For teenagers and adults

The Quebec movie scene is huge! The Quebec cinema industry is alive and there are many great movies to be seen for all age groups. Most movie rental places in British-Columbia have a selection of Quebec movies, usually under the section “Canadian movies”. Don’t hesitate to ask them if they have more movies than what is there and if they can order more, and where you can find some. You can also rent some over the internet with free delivery services. To buy some films and TV series, stores like HMV should be able to order some for you, since they have stores in Quebec that are full of Quebec movies. You can also probably find most of them online. To have a general idea of what the Quebec cinema is all about, you can read this short article found on Wikipedia: http://en.wikipedia.org/wiki/Cinema_of_Quebec. To know more about the movies presented here, you can see their description on the Internet movie Database at: www.imdb.com. The National Film Board of Canada (known in French as the Office National du Film du Canada) has great things on their website: www.ONF.ca or www.NFB.ca. For a list of all the movies produced in Quebec since 1930, see: http://en.wikipedia.org/wiki/List_of_Quebec_movies. You will see it is pretty amazing.

Youth and all the family

Some of these movies are recommendations for adults and older teens, not for young kids. Parental advisory is advised.

There are some pretty good websites available for all levels of interests in Quebec history. For basic knowledge: The Marianapolis college in Montreal has a very interesting webpage with all kinds of statistics, articles, links, etc. It is a good resource: http://faculty.marianopolis.edu/c.belanger/quebechistory. For a short chronology of major events in Quebec history, see: www.gouv.qc.ca/portail/quebec/pgs/commun/portrait/repereshistoire/?lang=en.

If you were ever thinking about going to Quebec for a little vacation, all I can say is “GO!!!” (Just make sure you don’t miss French camp!!! HA! AH! HA!). There are so many great things to do and see, so many great people to meet!!! Some of the very useful websites to visit include the government of Quebec’s official tourism website: www.bonjourquebec.com. You can also see the Montreal tourism website: www.tourisme-montreal.org. If ever you go to Montreal, you must include the Notre-Dame basilica, Mont-Royal park, Old Montreal, Plateau Mont-Royal, Marche Jean-Talon, St-Laurent avenue, and much more!!! Another very popular destination is Quebec City. I strongly suggest that you visit this jewel of a city, which is actually the oldest permanent European settlement in North America!!! 2008 was the 400th anniversary of the city! The city’s official visitors website is: www.quebecregion.com. Many other regions have great charm and are really worth a visit, especially if you have come this far already. The ones I would recommend are: Saguenay-Lac-St-Jean, the eastern townships, the Laurentides, the Bas-Du-Fleuve and Gaspesie. But anywhere you go, you will find great people and great environments!!! If you ever want to plan a trip for your school, Jumpstreet Tours is definetly the best choice!!! Many BCFFC councellors lead or have lead tours with Jumpstreet: Splash, Flacdo, Caya, Kiwi, Sancho, La Sauce, Kali, Nachos, Beckett, Sierra, and more. The company provides great educational travel opportunities for school travelers and their teachers. For more information, see the website: www.Jumpstreet.com.

I think the best resource to have access to the francophone culture in Canada is the Radio-Canada (CBC) website: www.Radio-Canada.ca. The youth section is full of fun games and interesting facts. It is fun, entertaining and educational. It is only in French, so the oldest child can help the youngest and play on this wonderful website. The address is: www.radio-canada.ca/jeunesse.